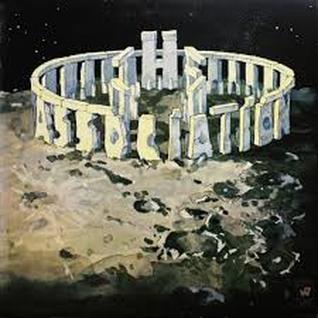 This relatively unknown Association album is by far the best they ever recorded, and is one of the most obscure recordings to earn a 10 from me (though surely not as obscure as Lighthouse). Though it is officially self-titled, it's often called "Stonehenge" due to the album cover.
The first thing you'll notice as you scan the titles of this album's songs is that you haven't heard of any of them. Unlike their earlier albums, none of the tunes on this album became a monster single like "Along Comes Mary", "Windy", or "Everything That Touches You". (The singles from this album were, apparently, "Dubuque Blues", "Yes, I Will", and "Under Branches". "Under Branches", a single? It's beautiful, but what were they thinking? It really isn't a single-type song.) The group has a distinctly different sound on this album. A little more folky, for one thing. They may remind you of Crosby, Stills, and Nash on some tracks.  But more importantly, they sound more like an ensemble rather than a singing group with a hastily patched-together bunch of session men backing them up. Instead of merely playing a bare-bones accompaniment, the instrumentalists have interesting, layered parts to play. There are nice instrumental effects, and some unusual instrumentation choices - banjo, steel guitar, harpsichord, and winds all make an appearance. There were hints of this on the previous album, like the bouncing bass line on "Everything That Touches You", but this album really brings the instrumentalists into the songs as equal partners. There's banjo on "Look At You, Look At Me", a horn section on "Are You Ready", plenty of lovely colorful effects in "Under Branches", and some nicely off-kilter drum fills in "Goodbye Forever".
The ensemble vocal arrangements are wonderful and varied, ranging from ethereal "ah"s on "Love Affair" to wordless rhythmic figures playing off the horn stabs in "Are You Ready". And though the two strongest lead singers (the soaring, angelic Jim Yester and the weightier, expressive Terry Kirkman) take several songs each, each member sings lead at some point. Listen for Brian Cole (usually the bass voice) on "I Am Up for Europe", Jules Alexander on "Dubuque Blues", Larry Ramos taking the bluesy lead on "Are You Ready", Russ Giguere on "Yes, I Will", and Ted Bluechel on the chorus of "The Nest" (he doesn't even get a whole song).

The individual songs are, every one of them, wonderful. This is an improvement from earlier Association albums, which tend to sound like a few great singles surrounded by filler. And the songs show plenty of variety. "Love Affair" is hauntingly beautiful, and with its gorgeous vocal chart can give you huge goosebumps when heard on headphones. Lyric-wise, it's a joyful song about a love just beginning, but the music is in a minor key and at a slow tempo, brilliantly emphasizing the mysterious play of emotions as a love affair begins. "What Were the Words" starts with a plaintive solo voice, but quickly grows to two-part then three-part harmony as the verse progresses. "Are You Ready" is a hyper, bluesy jazz waltz; "Under Branches" is unusual in that it doesn't follow any sort of normal pop song format - it's more episodic, each part leading into the next smoothly but unexpectedly. This is a really neat song, highly evocative and quite unique. "Broccoli" is a silly bit of goofing off in the middle of the group's most serious album, and "Boy on the Mountain" is the mysterious closer. I should add here that every song on this album, with the exception of "Yes, I Will", is an original from the members of the band - and every member contributed at least one song.
So why, if this album is so much better than the rest of theirs, is it relatively unknown? My educated guesses are as follows: One, it's a different focus. Instead of a focus on the voices, this album focuses on not just the voices but also on the songcraft of the band and on the instrumentalists playing with them. Two, the overall mood of this album is not cheery. Most of the songs are conflicted, longing, hopeful, but not simply happy like "Windy". Three, it's not single-driven. People had gotten used to the Association making radio-friendly singles and this record shows a very different sound.
Stonehenge is a spectacular record, an adventurous leap into new territory by the Association. Pick it up and take a listen if at all possible. If you like the sounds of Crosby, Stills, and Nash, or the inventive, emotive orchestrations of Pet Sounds, you'll enjoy this too.

Good Stuff: Unique, well-written songs; brilliantly creative vocal arrangements
Bad Stuff: Unlike their other albums, this one won't grab you on the first listen.

- Jules Alexander is the same person as Gary Alexander who sang on the first two Association albums. He changed his name in between.

- Most of the earlier Association albums tell you who sings the lead vocal on each song.  This one doesn't, so here are my guesses (I don't promise they're all correct):
Look At Me, Look At You - Terry
Yes, I Will - Russ
Love Affair - Jim
The Nest -     verse - Brian    chorus - Ted
What Were the Words - Jim
Are You Ready - Larry 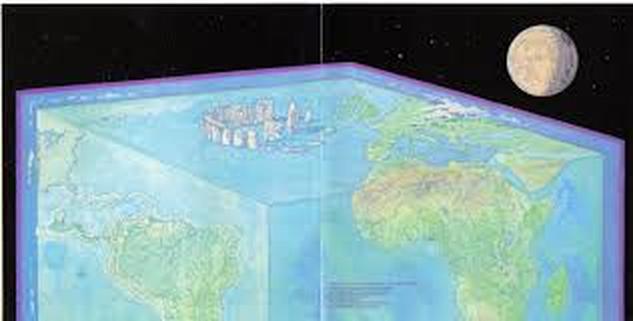 Look At Me, Look At You (Kirkman)
Yes, I Will (Boylan)
Love Affair (Alexander)
The Nest (Bluechel/Carmel)
What Were the Words (Yester)
Are You Ready (Ramos/Ortega)