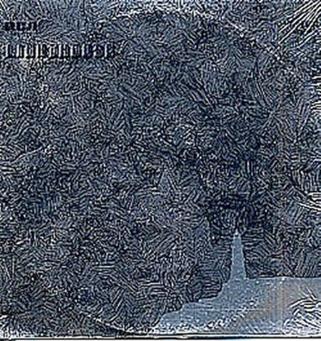 ​     This first album by Toronto's immense music machine - which sounds like the love child of Electric Light Orchestra and Blood Sweat & Tears - is a fierce adrenalin rush on plastic. The huge band - rock combo plus horn section plus string quartet - roars through eight originals penned by drummer Skip Prokop and/or keyboardist Paul Hoffert and two cover tunes ("Eight Miles High" and "No Opportunity Necessary"). This album is full of energy, energy, and more energy. Though the tunes are well balanced between fast and slow, the manic drive is there throughout, both in the playing and the wonderfully quirky arranging. Prokop roars away while sheets of keyboards, horns, and strings just cover everything and it never seems to feel like too much because it's arranged so well.

What's going on that's so exciting? The opener, a hyper rocker called "Mountain Man" features grungy guitar distortion that delineates phrases by cutting out suddenly. There's also an exciting drum solo, showcasing Skip Prokop's furious kit playing. "If There Ever Was a Time" is a calm anthem enhanced by glittery piano work. "Never Say Goodbye" opens with vocals over string quartet and suddenly breaks into an atonal interlude after the first chorus. The hazy psychedelic dream "Follow the Stars" is mostly quiet but roars to a climax which echoes satisfyingly as the song calms back down. Side two opens with the rocker "Whatever Forever", with its quirky feel changes. Mostly it's a rock tune, but the chorus has some Latin feel and the tune opens up for solos with a swing feel. The trumpet solo (is it run through some kind of guitar effect?) remains one of the most insanely out of control things ever captured on record. "Life Can Be So Simple" is an anthem that closes the record and has a freaky opening. It starts as a baroque fugue before adding wildly flailing drum kit.

One can only imagine the religious experience it must have been to hear these tunes live.

This poor scan of the cover doesn't do it justice. The record jacket is silver and black foil with the small, subtle outline of a shore and lighthouse in the corner. The impression is a deep, endless, impenetrably black sky and sea.

This band is more than the sum of its parts - the horn players are pretty good (though not BS&T good), Prokop and Hoffert are awesome but the rest of the rhythm just okay, and the vocals are pleasing but not hugely strong. I really like Pinky Dauvin's voice and expressiveness, but you need a huge, powerful voice to sing with a band like this (think David Clayton-Thomas), and he doesn't really have it. Not only that but the engineering on this record is not great, and the sound is kind of a big mush of noise most of the time. (Given the size of this band, it is understandable.) But listen past these shortcomings to one of the best forgotten albums ever.

- Looking around online (this was a few years back), the ONLY review I was able to find of this album read, in its entirety: "Their first, a horrible disaster. Weak production meets bland material, and everybody loses". Clearly I don't have quite the same opinion of this record, and have a little more to say.

- So highly regarded were Lighthouse as a live band that they performed with John Lennon's band in 1969... AS THE HEADLINER. Yes, on a bill with a Beatle in 1969, Lighthouse headlined the show.


The Set:
Mountain Man (Prokop/Devereaux/Cole)
If There Ever Was a Time (Prokop)
No Opportunity Necessary (Havens/Williams/Price)
Never Say Goodbye (P. Hoffert/B. Hoffert)
Follow the Stars (Prokop)

Whatever Forever (Hoffert/Prokop)
Eight Miles High (McGuinn/Crosby/Clark)
Marsha, Marsha (Prokop)
Ah, I Can Feel It (Prokop)
Life Can Be So Simple (Prokop/Devereaux)