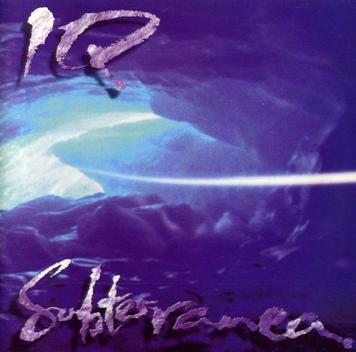 When IQ made Subterranea in 1998, the long concept album was a long-defunct art form. IQ was ambitious enough to try and came up with an expansive, varied piece of music spread over two CDs. The music on this album is an effective sonic backdrop for a surreal revenge story which is imparted only vaguely.
Subterranea is an interesting album for me to try to review. It’s an album that I have known for a long time, but I have trouble deciding on my opinion on the album. I’m not entirely sure if I love it or am indifferent.
With that in mind, let’s start with why I think this is a great album. Every tune on Subterranea is quite different and unique in its feel and orchestration. It’s especially noticeable on the first disc, where there are so many different ideas coming at you. The album starts with an “Overture”, a short instrumental presenting themes from most of the album’s songs. After the brief, lonely “Provider”, the rocking title track takes over with a driving bass riff. The grand, pompous “Failsafe” is an extended prog-rock form. This is an album highlight, with its syncopated 12/8 figures and changing feel. After the slow, simple “Speak My Name”, two intense rockers follow, the intensity peaking with the furious “Infernal Chorus”, which contains a dramatic confrontation in the story. The calm, contemplative “Sense in Sanity” features a gentle, rolling pulse in seven beats to the bar, parsed in such a way that it is delightfully difficult to find beat 1. Taking a page from The Story of i, the second disc opens with a reprise of the end of the first. After the shouting “Breathtaker” comes the captivating ballad “Capricorn”. A few of the tunes - “Sleepless Incidental” and “Somewhere in Time” come to mind - effectively begin quietly and then gather strength into a much more powerful ending. The end of the album, the epic “The Narrow Margin” ends with a lyrical reprise of the first few lines, bookending the story.
Peter Nicholls’ lead vocals are, as always, fantastic. He has a huge range and sings with power and emotion throughout. This is a rare prog-rock group that does almost no background vocals, and I have to admit that I kind of miss that. Listen to their contemporaries Spock’s Beard or their spiritual precursors Genesis, and you’ll quickly hear that the ensemble vocals are a big part of the sound.
Though the songs are mostly musically independent, IQ connects the album with various musical references throughout. The opening overture quotes most of the album’s tracks. “Failsafe” contains a verse or two of “King of Fools” within it as sort of a preview. The fast part of “High Waters” reprises the bass riff from “Subterranea”, and the spoken “I don’t know” from “Failsafe” reappears, echoing, in “The Other Side”.
In giving this wonderful album negative criticism, I hate to have to resort to intangibles. But this record is performed without energy, without fire. Compare this album to some of its contemporaries - say, “Thoughts, pt. 2” or “The Gypsy” by Spock’s Beard - and you will immediately hear what I mean. “Thoughts pt. 2” is furiously emotional, with the band playing and singing like their life depends on it. This album, by comparison, just sounds like they’re going through the motions. I think part of the problem is the engineering. The sound of the record is extremely clean, but perhaps too much so. Every note played by the drum kit reverberates for an hour and sounds like a sample or one of those monstrous electronic drum kits, although it is, in fact, a real kit. The other instruments sound similar, and the result is that the music often sounds more like notation program playback than live musicians. Despite the fine writing, this dull, manufactured sound really sucks so much life out of the music that I usually find myself bored halfway through. That's the reason for my rating. Take a listen and see what you think.

Bad Stuff: The band plays cleanly but not energetically. It sounds overproduced; the sound is too compressed and too clean. The album seems a bit long too.

- The band revealed that the story of the album was that of a person held in a laboratory as a subject in a very illegal / unethical experiment in sensory deprivation. The subject escapes and is utterly overwhelmed by the modern city he finds himself in. He decides to seek out and avenge himself upon the scientist in charge of the experiment. The nonsense word "Mockenrue" that we hear is someone at last giving our protagonist the name of the mad scientist responsible for his imprisonment.