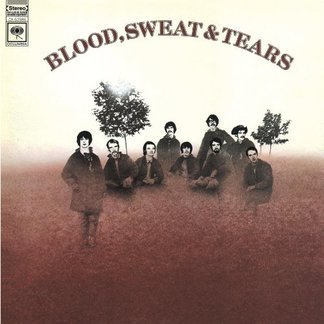 Where to start?  BS&T around this time is one of all-time favorite bands, and they had a lot of things going right on this album, their second effort but first with David Clayton-Thomas doing the singing.
The horn section here is one of the best on record, ever. The horn arrangements are fiendishly difficult, covering tons of range and lots of complex figures that even a good section would have trouble with. But Lew Soloff and company make it sound easy. (BS&T 3 and BS&T 4 are similarly amazing in this respect). The players get a chance to stretch out too - the standout soloists are Lew Soloff (trumpet) and Fred Lipsius (alto sax). And David Clayton-Thomas is a force, his powerful, warm vocals drawing the listener in. (I saw him in concert 35 years after the release of this album - and he sounded exactly the same.)
The tunes are mostly covers; only "Sometimes in Winter" and "Spinning Wheel" are originals by the band. But the covers are redone with fancy, inventive charts which showcase the whole band and make them hugely different from their original versions. BS&T were the best at taking someone else's tune and creating something totally new out of it.  And this is the album's greatest strength: the writing is so fresh and unique. The horns do unusual flashy things, the tunes break open for solos in the middle, the rhythm section constantly changes feel. And there are some enjoyably quirky moments, also. I love the answering horn lines in "Smiling Phases", the sudden chorale on the same tune, the wild collective improv on "God Bless the Child", the silly end of "Spinning Wheel", and the way the horns interact with the voice throughout.
A lot has been made of how BS&T were the first band to successfully fuse jazz and rock.  Their first album was more of a rock endeavor, but this one fuses the styles a little more.  Most of the tunes have a fancy rock feel for the vocal parts, but break open in the middle into jazz feels for solos. And the album does something that I wish more straight-ahead jazz recordings would do - they write the solos into the pieces instead of just opening them up randomly. Each solo has a different musical backdrop, and that keeps listeners from getting bored. For example, the guitar solo in "More and More" has violent horn stabs underneath it. The trombone solo in "God Bless the Child" is over a bass ostinato pattern before the band goes to straight-ahead swing for the trumpet solo. Too often, I feel straight-ahead jazz pieces stagnate and die when they get to the solos because the band just starts playing the same thing over and over. BS&T manages to keep it interesting.
If we are dividing BS&T’s career into different eras, the easiest way to do so would be to lump this album in with the next two, since all three had the same lead singer and nearly the same band, with only one musician being replaced in that time. The first album, on the other hand, only featured five of the same musicians (out of of nine) and one of them switched instruments: also, the lead singer and primary writers were changed. However, upon closer inspection, the second album has a little more in common with the first than you might think! Al Kooper (keyboardist / singer / writer on the first album) did help arrange a lot of the second album’s material, and some of the quirky, irreverent silliness of the first comes through in the arrangements of the second (but not the third and fourth). This album also starts with a strange overture of sorts in the form of a wild variation of an Erik Satie piano piece, just as the first starts with its cracked overture for strings. The second BS&T album, perhaps, is so popular because it combines the fun, spontaneous, slightly goofy feel of the first with the technical mastery of the third and fourth.
I get bored during the extended jam "Blues Part 2", which might have been one of those things that was more exciting live. Nonetheless, this is a great album and should absolutely be in your collection.

James Guercio produced this album. At the time, he was working with Chicago to get their first album going, but took a break to make this one, in the process earning some money that would help get Chicago some studio time. BS&T became a huge surprise hit (the first album wasn't hugely successful and it was assumed the second would bomb) and then when Chicago Transit Authority came out a short time later, many people thought they were ripping off BS&T. They weren't - Chicago actually formed first. Since Al Kooper of the original BS&T had record industry connections, though, BS&T was releasing albums sooner.

Listen at the very end of the album, as the windchimes fade out, for footsteps followed by a slamming door.

While transcribing a few of these horn charts, I gained a new appreciation for the trombone ability of Jerry Hyman. Unlike later addition Dave Bargeron, Hyman didn’t solo much on albums (the only time he did was on “God Bless the Child”), but played some insane section parts with incredible precision. Note “Sometimes in Winter” where he doubles the flute 8vb so smoothly that you might mistake it for an alto flute and “More and More” where he has written parts that go all the way up to F at the top of treble clef.

Al Kooper had left the band by the time they made this album, but he had helped arrange most of the songs.

Drummer Bobby Columby was concerned that the band had a problem that kept them from being more popular - he said BS&T was "the ugliest band ever born". Sad, isn't it, that we judge musicians by their appearance.

"Blues Part 2" quotes Cream’s "Sunshine of Your Love”, Howlin’ Wolf’s “Spoonful”, and "Something Going On" from the previous BS&T album.

Alan Rubin, who filled in on "Spinning Wheel" was thanked in the liner notes for doing so, but also "for bringing a pocket full of miracles and for being so attractive". Huh? That's an odd credit.

Variations on a Theme by Eric Satie, mvt. I and II
Smiling Phases (Winwood/Capaldi/Wood)
Sometimes in Winter (Katz)
More and More (Vee/Juan)
And When I Die (Nyro)
God Bless the Child (Holiday/Herzog)

Spinning Wheel (Thomas)
You've Made Me So Very Happy (Gordy/Holloway/Holloway/Wilson)
Blues Part 2 (BS&T)
Variations on a Theme by Eric Satie, mvt. I