Blood Sweat & Tears
​Child Is Father to the Man 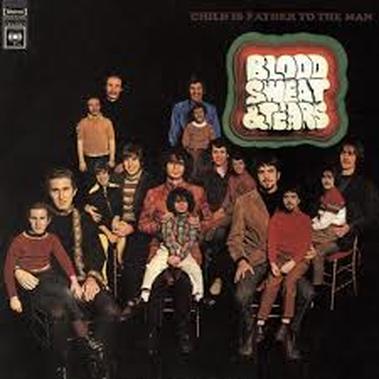 If you know Blood, Sweat, & Tears from their hits like "Lucretia MacEvil" and "Spinning Wheel", you may not recognize this as the same band. BS&T's debut album, Child Is Father to the Man, is a brilliant, trippy, idiosyncratic joy. From the creative and slightly warped mind of Al Kooper comes this gem - he led the band, sang most of the tunes, and wrote or arranged nearly the entire album. Because Kooper was the dominant personality in this band and quit the group after making this album, the sound is very different than on later BS&T albums.
Child Is Father to the Man (hereafter known as CFM) kicks off with an extremely bizarre overture - a string ensemble plays a piece made of themes from all the album's tunes while someone (Al Kooper?) laughs maniacally; at the end, for no apparent reason, the entire band yells "Yah!". Following this silliness is the lovely blues ballad "I Love You More Than You'll Ever Know" and the album is off and running with a slew of masterfully arranged songs. CFM is full of smooth, lush tunes with no hard edges anywhere - it accomplishes the unusual feat of being relaxing and also highly energetic at the same time. The tracks balance perfectly between fast and slow, light-hearted and genuinely moving, and relaxing and intense. How about some of the individual tunes? The gorgeous sunrise played by the winds at the start of "Morning Glory"; the classy arrangement of "Without Her"; the sudden tempo changes dotting "My Days Are Numbered" and "Just One Smile", which is a magnificent version of Randy Newman's song. "Meagan's Gypsy Eyes" uses some odd instruments, "The Modern Adventures of Plato, Diogenes, and Freud" is BS&T's answer to Eleanor Rigby, and the closer "So Much Love" accelerates into a weird reprise of the overture from the beginning.
One of the many things to love about CFM is the balance of genuine, heartfelt emotion and goofing off. Somehow the lightheartedness of parts of CFM make the serious parts more affecting. (Think Harry Potter, and how the silliness of those books could make the serious parts stand out.) Another is the unusual instrumentation. This album is awash in a sea of keyboards, with Al Kooper being the main keyboardist but producer John Simon and saxophonist Fred Lipsius also credited with keyboards. Many tunes on this album have piano and organ going at the same time but little or no guitar, an unusual treatment for a rock-oriented album. With a horn section, however, a band does have less need for a lead guitar. You will hear on this album strings, a soul chorus, an ondioline (strange little electric keyboard), a lute (!), and marching drums. You will also hear two backwards guitar solos - one credited on "My Days Are Numbered", and another not mentioned in the credits on "I Can't Quit Her". There are backwards percussion instruments, a singer running through a leslie, and other weirdness.
I should add that the album jacket perfectly reflects the album's mood. The front is a somber portrait of the band sitting in chairs, but with the bizarre gimmick that they are each holding a small dummy with their own face on it. Formal at first glance, weird once you really look at it. The back, on the other hand, is a lovely chaotic jumble: a background of white splotches on red, with band member photos, track listing, and recording credits all jammed in at odd angles.
There isn't much I can say negative about CFM. But I will say that Al Kooper's singing abilities, while not awful, are not nearly strong enough to sing with a band like this. But this shouldn't stop you from enjoying one of the finest albums ever recorded. Check out CFM.

Good Stuff: Spectacularly creative, and just an overall wonderful vibe. I know that's vague, but listen to this album and you'll hear what I mean. It has this feeling of rebellion to it. Like Pet Sounds, it wasn't written as a unit but was assembled with a deliberate direction.

Bad Stuff: Kooper isn't a lead singer, but that doesn't stop him from featuring himself singing most of the songs.

- Only three out of the 11 BS&T albums contain more original music than covers, and this is one of them. Not counting the Overture, there are seven originals and four covers. The other two are BS&T 4 and Mirror Image.

- If you look up BS&T and try to find out what happens to the band after this album, you'll read various different versions. But basically, the band realizes they have everything but a lead singer and asks Al Kooper to be the keyboardist and write songs but not sing, and they plan to bring in a lead vocalist. Kooper, not crazy about having his role reduced in the band he started, leaves. Trombonist Dick Halligan switches to keyboards and the incredible David Clayton-Thomas is recruited to sing.

- Some funny instruments to listen for: the lute in the fugue in "Just One Smile" and marching drums and the ondioline solo in "Meagan's Gypsy Eyes" (the ondioline comes in at the very end).

- Several backwards recordings were used on this album - the guitar solo in "My Days Are Numbered" and the short guitar solo in "I Can't Quit Her" are backwards. Less noticeable are the backwards tambourine and cowbell in "House in the Country". None of them, however, says "Paul is dead".

- The warbly sound on Steve Katz' voice in "Meagan"? He's running through a leslie (a rotating speaker), which are usually used to give the characteristic vibrato to organs like the Hammond B-3. On the left channel, his voice is normal, but on the right he's going through a leslie.

- The album actually credits Al Kooper, Fred Lipsius, Bobby Colomby, and John Simon with making the animal noises on "House in the Country".

- In the recording credits, under "My Days Are Numbered": "Guitar solo by Ztak Evets". Once upon a time, I wondered who this guy was and where he was from to have a name like "Ztak". It took me longer than I'd like to admit to realize that it's Steve Katz spelled backwards, as it is a guitar solo recorded backwards.

- My brother and I used to joke about Doug James, who is credited as playing the shaker on "I Can't Quit Her" (a simple accompaniment that is effective, but you might not notice until it's pointed out). Normally, the group's drummer would handle percussion duties like that. But in this case, it's not the drummer, another band member, the engineer, the producer, or anyone else listed elsewhere in the credits. I have no idea who he is. We joked that he's the top shaker player in the world and was flown in at enormous expense to get just the right shaker sound on that song.

I Can't Quit Her (Kooper/Levine)
Meagan's Gypsy Eyes (Katz)
Something Going On (Kooper)
House in the Country (Kooper)
The Modern Adventures of Plato, Diogenes, and Freud (Kooper)
So Much Love/Unterture (Goffin/King) 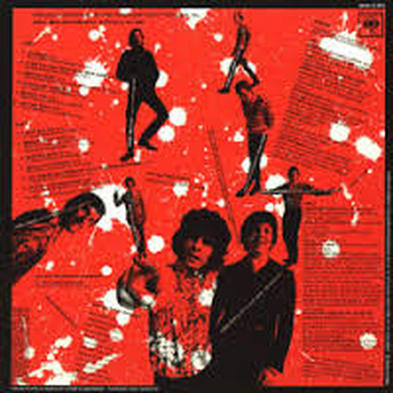